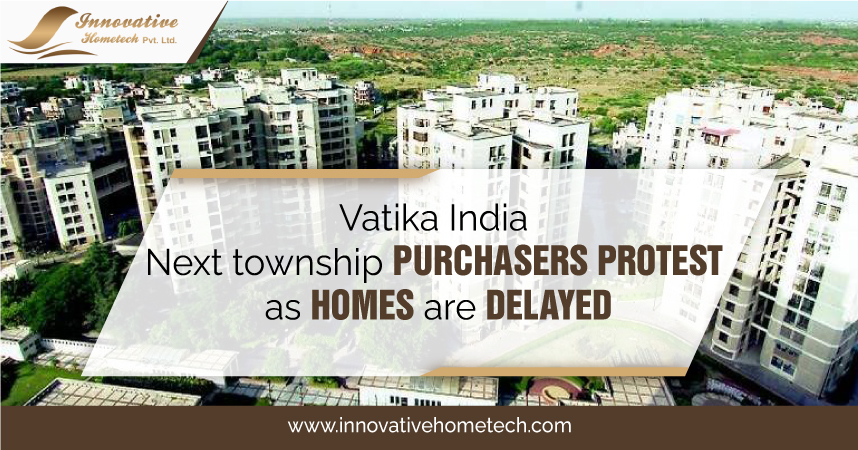 Vatika India Next township purchasers protest as homes are delayed

Recently, a group of homebuyers and residents of the Vatika India Next township protested against the developer. While homebuyers grumbled about delays in receiving their units, inhabitants in the 700-acre township stretched across sectors 82, 82A, 83, 84, and 85 complained about a lack of amenities.

The town and rural planning departments revoked the project's license due to the nonpayment of external development charges.

Under the name of the Senior Citizen Association, at least 50 demonstrators marched from Sapphire Mall to Valika City Centre, brandishing placards and yelling chants against the developer. The demonstrators and residents said that the developer had failed to deliver promised amenities such as clubhouses, community centers, religious facilities, CCTV cameras, cremation sites, and other amenities.

A local neighbor, Ravi Yadav, said, "Between 2008 and 2012, people put their hard-earned money into these flats. Instead of offering them plots and apartments, the developer is now requesting that they return their money."

SL Singla, a resident and president of the Senior Citizens' Association claimed that the developer had yet to offer recreational areas and that the maintenance was inadequate. "We have been suffering for the past 10-12 years, yet despite our concerns, no action has been made. We now have no choice but to take to the streets and speak out against the developer."

"Our senior officials met with the senior citizens' representatives a few weeks ago and discussed and informed them on all referred points," a Vatika Ltd spokesperson said when reached.