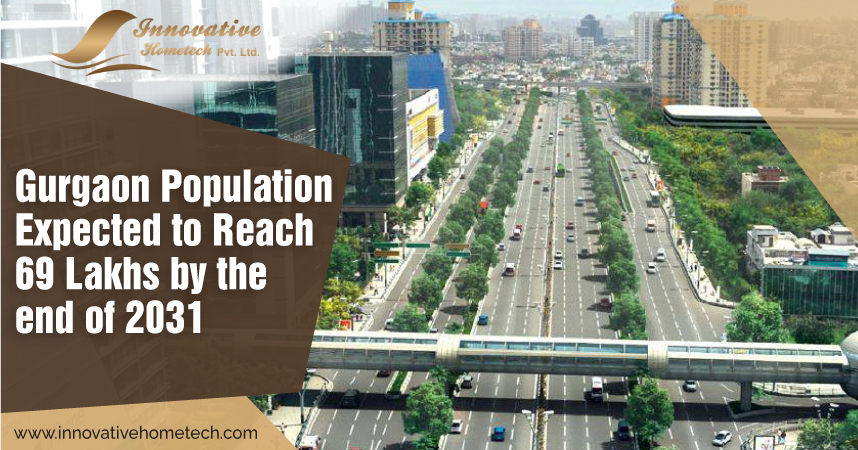 Gurgaon is currently one of the most happening and developing cities when it comes to the infrastructure part.
According to a government forecast, the population of the Gurgaon district will rise significantly in the following 9 years and can reach 69 lakhs in 2031. The 2011 census showed the people of Gurgaon 16,60 lakh, but it could potentially have risen significantly because of the urban flow of corporate jobs offered by Gurgaon.
As per the sources, it has been claimed that the Haryana government is currently very keen on implementing policies, as it helps in giving a boost to the real estate sector.

The forecast, made by the Department of town and land planning in its transit-oriented development (TOD) strategy, surpasses the predicted population of 43 lakh in the Gurgaon-Manesar Development Plan 2031. Officials also indicated that the population density would increase considerably about the development plan for Gurgaon-Manesar or the Master Plan, which projected 125 inhabitants per hectare by 2031.

"The Master Plan has defined 33,872 hectares as an urban area, and if the new policy on TOD is used in this region, Gurgaon will have 69 lakh by 2031 and a population of 206 people per hectare," said RS Batth, assistant municipal planner at DTCP on Tuesday.

The TOD policy focuses on developing the projected North Peripheral Street, Southern Peripheral Road, Golf Course Road Rapid Metro, and the existing Metro line. The TOD zone on both sides of the transport network will go up to 800 meters. The 'Intense TOD Zone' will be up to 500 meters, and the 'Transition TOD Zone' will be 500 to 800 meters.
This density increased will get achieved by giving the additional FAR (floor area ratio) of 2.5 and 3.5 along with 800 meters on both metro sides of the corridors. Under this policy, FAR will be provided to the developers, above the 20% ceiling, even if consumed already in the sector.

"We have proposed a mixed land usage in the TOD zone where people can reside close to their workplace to support a 'Walk to Work' conception," stated Batth.
In today’s time, in the HUDA sectors, 20% of the planned net area is kept for the normal group and 20% for the plotted areas. 10 acres is fixed for the housing which comes under the affordable housing genre.